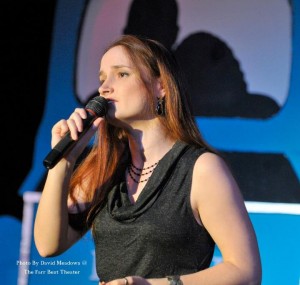 “You are afraid that with me you will be less than what you were.”
~Gru

How does one describe a life with things so flimsy as words? I laugh. I love. I cry. I hold fiercely to those things that delight me. I dream. I fall from astonishing heights to sprout wings before dashing myself against the broken rocks below.

“Why do you have to always correct me?”-Booth
“To help you evolve.”
~Bones

I am the illusion, and the only thing that is real. I am the phantom you may only see with the corner of your eye. That thing of beauty that continually eludes your grasp. To catch me, no- to see me….that is to know how to use the magic……and there is magic- in the stars in our eyes and the callous on our hands.

“There’s a hole in the world. It feels like we ought to have known.”
~Spike

I am the perfect combination: soft curves and the jagged edge.

Growing up in the mountains of New York is good for about two things: 1. getting really good at hunting, and 2. becoming a creative genius.

April Spencer preferred the latter. She spent a great deal of her childhood time reading, writing, singing and inventing various solutions to organizational problems out of scraps of cloth and a needle. As a young teen April wrote her first song and chose to pursue a university music degree. With that dream realized and a brief tour as a soloist with the university choir in Eastern Europe she set out to follow her own path not having any idea where it might lead.

Since then she has recorded and produced some CDs, written a lot of songs and poetry, explored short story writing and begun several novels. Her path veered through eastern Tennessee and quite unexpectedly arrived in Mansfield, TX where April works as a solo musician under the name Blue April with an emphasis on harp and vocals. She also runs her own music academy, designs and crafts costuming for live action role plays and has been known to write music for the local wind ensemble and a few short films.

The rest of her time is consumed with spoiling her dog. 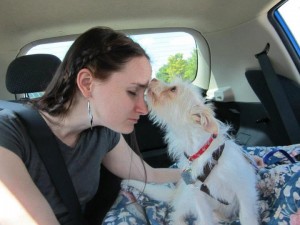